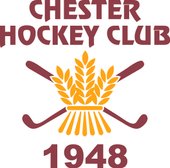 We are looking to recruit a Performance Squad Coach or Coaching team.

Chester Hockey Club is one of the fastest expanding and leading Hockey clubs in the
North West of England. We are looking to recruit a Performance Squad Coach or
Coaching team to support the development of players and work towards achieving
the club’s goal. We have recently invested in a new playing facility and have a strong
club vision to become an established National League Club.

This season we finished second in the North West Premier league, narrowly missing
out on promotion and have a keen and experienced squad. This is supported by an
established university partnership an exceptionally strong youth section, which has a
number of players at Performance Centre level and representing their country in the
international system who we are keen to develop as performance squad players.

The successful candidate will plan and deliver high quality coaching for players,
providing support to the 1st team on match days. This could also include facilitating
and overseeing the use of video analysis, strength and conditioning coaches and
other sports science support. A Level 2 coaching qualification is desirable as is a high
level of coaching or playing experience. We are open to applications from player
coaches and from coaching partnerships.

The role will involve approximately 5 hours of contact time per week. This comprises
of; one training session with the opportunity to increase this to a second session,
and one match per week. The position will be paid at a competitive rate according to
the experience of the successful candidate. One of the key attractions of this role will
be the opportunity to work with other highly experienced coaches that will enable
you to develop further as a coach and improve your coaching profile. As a club we
would be keen to encourage and provide support to enable this to happen.

Chester hockey Club is committed to a safer recruitment process, and we would
require 2 references and the completion of a DBS check for the successful candidate.

All interested applicants need to apply to Dafydd Jones – Chester HC Men’s Club
Captain detailing their Hockey CV and vision for developing this team. We are very
happy to meet with interested candidates prior to their application. If you have any
further questions, please contact Dafydd Jones at Dafydd.jones121@outlook.com or
call 07799113953.